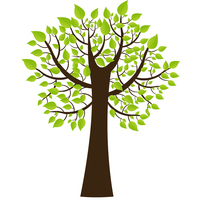 Research evidence has indicated that parents’ psychiatric disorders are associated with increased risks of psychological and developmental problems in their children (e.g. Murray and Cooper, 2003). Much research has been done on mothers and the impact of their mental health on their children’s development. However, in most countries and cultures, fathers have an increasingly active, albeit different from mothers’, role in child care.

In addition, research findings have suggested that fathers have more influence on their children’s development than previously thought (e.g. Flouri & Buchanan, 2004; Jaffee, Moffitt, Caspi & Taylor, 2003). Moreover, men are known to have a different distribution of psychiatric disorders from women that can impact children in ways different from those documented for maternal psychiatric disorders (e.g. Connell & Goodman, 2002).

Yet, there has been a lack of research on paternal psychiatric disorders and their effect on child development.

In Paternal Psychiatric Disorders and Children’s Psychosocial Development, Dr Paul Ramchandani and Dr Lamprini Psychogiou from the Department of Psychiatry in the University of Oxford, review research publications on paternal psychiatric disorders, and children’s health and psychosocial development.

Dr Paul Ramchandani is a Senior Research Fellow in the Department of Psychiatry at the University of Oxford, and also works clinically as a consultant child and adolescent psychiatrist. His recent research has been on the role of fathers and their influence on early child development. One of the projects he has undertaken with colleagues from the Universities of Bristol has been awarded the 2006 Epidemiology Research Prize of the Association of European Psychiatrists.

In this review paper, research on the associations between paternal psychiatric disorders and child problems are summarised and described. It then looks at some possible mechanisms of risk being transmitted from father to child, and some possible factors that place some groups of children at higher risk of developing emotional and/or behavioural problems. Possible implications on clinical practice and future research directions are also discussed.

A comprehensive literature search of bibliographic databases, Medline and PsychINFO, was done up to July 2008. Dissertation abstracts were included in this search. The search terms used included: “father(s)”, “paternal”, “psychiatric”, “psychopathology”, “depression”, “anxiety”, “alcohol”, “drug”, “substance”, “child(ren)”, and “infant(s)”. Related terms were included and there was no restriction by language or date. 1,664 separate citations were reviewed, with more importance given to research papers that featured robust longitudinal studies investigating associations.

Similarly, there is no research evidence on the impact of having a father with bipolar disorder or schizophrenia on a child’s development. However, research has shown that children whose parents have bipolar disorder or schizophrenia have significantly higher risks of developing similar conditions or other psychiatric illnesses when they reach adulthood (e.g. Henin, Biederman, Mick et al, 2005; Gottesman & Sheilds, 1976).

Understanding the mechanisms of risk transmission from fathers to children is important for effective targeting efforts at prevention and treatment of child emotional and behavioural problems, and psychological disorders. One mechanism is through gene transmission. However, genetic influence is more often the result of many genes, and hence genetic influence has only been shown to be more significant for a few psychiatric disorders, such as schizophrenia and bipolar disorder.

A father’s work performance can be affected which can result in loss of income and unemployment. Having a psychiatric illness can also affect a father’s ability to care directly for his children, impact on his relationship with the children’s mother and his interaction/relationship with his children.

Fathers with depression have been shown to spend less time with their children, and that the quality of time spent with their children is less positive, with fewer activities like reading and hugging, and higher rates of conflict (e.g. Lyons-Ruth, Wolfe, Lyubchik & Steingard, 2002).

There has been more interest in gene-environment interactions in recent years. Initial findings from population studies suggested that some risk factors (such as exposure to life events) seem to only affect those with particular genetic endowments (carrying risk genes for psychiatric illnesses) (e.g., Caspi, Sugden, Mofitt et al, 2003). Children whose fathers have mental illness seem to be at increased risk of psychiatric illness, through both genetic endowment and the influence of paternal mental illness on the environment (e.g. through bad or risky decisions made by the mentally ill fathers).

Research has shown some evidence that some children are more vulnerable to the effects of paternal psychiatric disorders due to individual characteristics, parental factors or other contextual factors:

Evidently, much research is still needed in looking at fathers’ roles in parenting as well as the impact of paternal psychiatric disorders. However, it is still possible to conclude that there are many pathways to a child’s positive or negative development.One of the key influences is a parent’s ability to provide care and interact positively with the child. And, to do so effectively, a parent would need to be healthy – both physically and mentally.

Male parents – fathers, have traditionally been overlooked both in clinical practice and research. For clinicians, this implies that it would be wise to include to include areas of child/family functioning that are likely to be affected by paternal mental health for a thorough assessment of any clinical case.

For parents, whether they are mothers or fathers, it is important to practice self-care and to seek help early for stress and other psychological symptoms, so that they can be more effective caregivers and contributors to the positive development of their children.