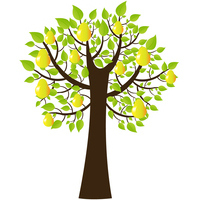 Separation- individuation is the process by which an infant acquires an identity that is distinct from the mother. Most child development theorists believe that children learn about themselves and construct their own identities within the context of their families. When children have positive experiences, they develop an understanding of themselves as significant and respected, and feel a sense of belonging.

Well-known psychiatrist Margaret Mahler, believed that the infant’s early relationship with the mother provides the foundation for a sense of self that emerges in the second year. She saw child development taking place in the following broad phases:

Symbiotic Phase – Lasts until about 5 months of age. Symbiosis is the blending of two people into an intimate, harmonious relationship. The child is aware of his/her mother but lacks a sense of individuality. In this early phase of development, distinct boundaries between the internal and external, the self and the other, have not been established. As such, the infant perceives himself or herself and the mother as one, and there is a barrier between them and the rest of the world.

Mahler explained how a child at the age of a few months breaks out of an ‘autistic shell’ into the world with human connections. This process is triggered by the infant’s ability to crawl and then walk freely; the infant begins to explore actively and becomes more distant from the mother.

By 18 months, the infant is aware of himself/herself as separate and distinct from the mother. The child realizes that his/her physical mobility demonstrates mental separateness from his/her mother. Between 2 and 3 years, children who have experienced warm, gratifying and rewarding mothering experiences emerge with a strong sense of themselves as separate persons.

Disruptions in the separation-individuation process

The fundamental process of separation-individuation is where children develop unique selves and become people who know their feelings, wants and needs. Mahler believed that disruptions in this process can result in children growing up without a sense of what they want and need emotionally, or are uncomfortable asking to have their basic human needs for recognition, appreciation, love, empathy and friendship met.
When individuals are unable to express themselves, it also becomes challenging for them to forge relationships.

Without a strong sense of self, individuals may find that their parents’ voices continue to predominate in their head as a critical inner watch-dog undermining their worth. Even when individuals do not have an overly critical inner parental voice, constantly feeling that their actions are being monitored may undermine their goals and dreams, and their ability to confidently make life decisions.

The unique role of the father

There is some evidence that a poor parental relationship can impair the infant’s capacity to think clearly and creatively, and develop socially (Marks, 2002; Feldman, 1989). The infant may feel forbidden to think about one parent in the presence of the other (McDougall, 1989).

Other writers have noted that fathers are often more exhilarating, interactional, playful and stimulating than mothers in the way they relate to the infant (Yogman, 1982). This behaviour includes encouraging muscular activity, a sense of body self and exploration of space.

According to attachment theory, a secure relationship is essential to healthy development (Bowlby, 1988). While the mother is usually the first person with whom the infant forms an attachment, infants also develop attachments with a small number of other individuals – especially fathers.

The father thus functions as an important figure that can assist the child in separating from the mother and provide a bridge into the world (Mahler & Gosliner, 1955). One way the father can do this is by spending time with the infant away from the mother (Bowlby 1969; Trowell, 2002). An infant who lacks the assistance of a third figure may struggle to emerge from the maternal relationship (Greenspan, 1982).

It is important that parents give their children space to struggle through problems and feelings. Parents sometimes feel the need to ‘fix’ things for their children because they cannot tolerate how it makes them feel when they witness their child suffering. Some parents identify with their child and recall their own feelings such as frustration, hurt or anger. They may assume that their child is experiencing what they previously experienced in that situation, although it may be a very different experience for the child (Amsel, 2012).

It is understandable and commendable that parents want to protect their children from harm. However, when protection stems from the parents’ discomfort around their own feelings, the child’s self-development can be hampered. If a parent is always over-eager to step in to help, the child may receive the message that the parent does not believe the child is competent enough to handle problems (Amsel, 2012).

In order for children to learn healthy coping mechanisms for life’s multiple stresses and frustrations, they must be allowed to take on the challenge of processing and overcoming negative emotions. Parents have to be able to tolerate their own anxiety and not immediately interfere to solve their child’s problems. These parenting practices will empower children as agents, fostering the development of a healthy, confident, assertive separate self (Amsel, 2012).

About the Author : The Dads for Life Resource Team comprises local content writers and experts, including psychologists, counsellors, educators and social service professionals, dedicated to developing useful resources for dads.